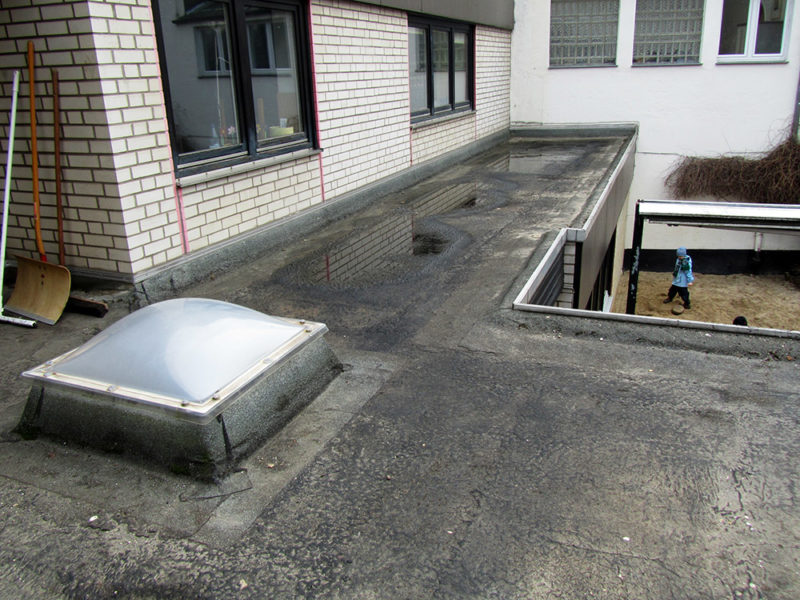 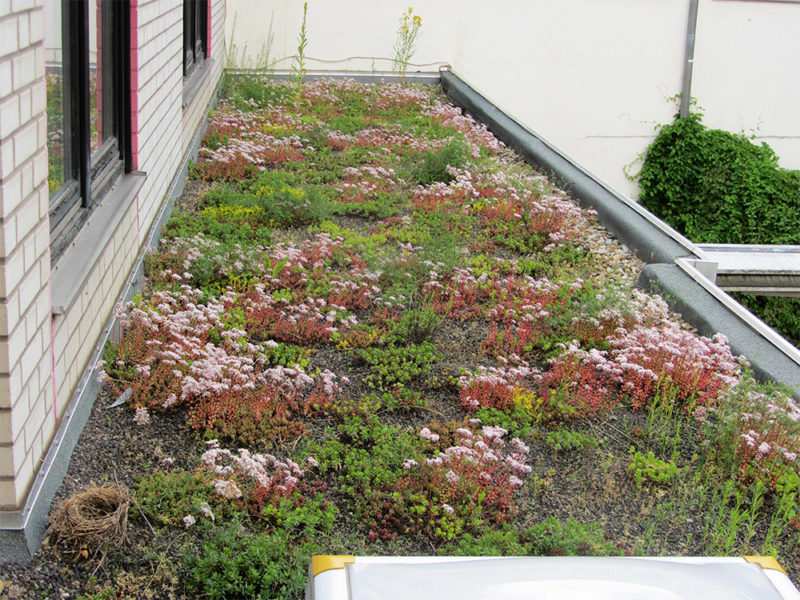 The parish decided on a complete energy-efficient refurbishment of the day nurseryNazareth. The entire roof structure was expertly removed and disposed of.After applying a vapour barrier to the bare concrete slab, a sloping layer of insulation boards of approx. 230 mm thick in the middle was applied.As a first waterproofing layer, acold bitumen adhesive roofing membrane was installed. As a top layer, they opted for the high-quality root-resistant membrane IKO roofgarden 5 APP AD/F consisting of APPbitumen produced by the company IKO nvof Antwerp as they aimed to comply with ecologicaldemands after the roofing works.

On the roof surface extensive roof vegetation consisting of mosses and sedum plants was created. Additionally, as the icing on the cake, garden herbs were planted which can be used by the local cafeteria for the daily meals, entirely in line with the motto of the roofing contractor Hein Ewald: EDIBLE ROOFS, much more than just roof vegetation.

Thanks to the photovoltaic system which was installed afterwards, the result was nothing short of awesome.